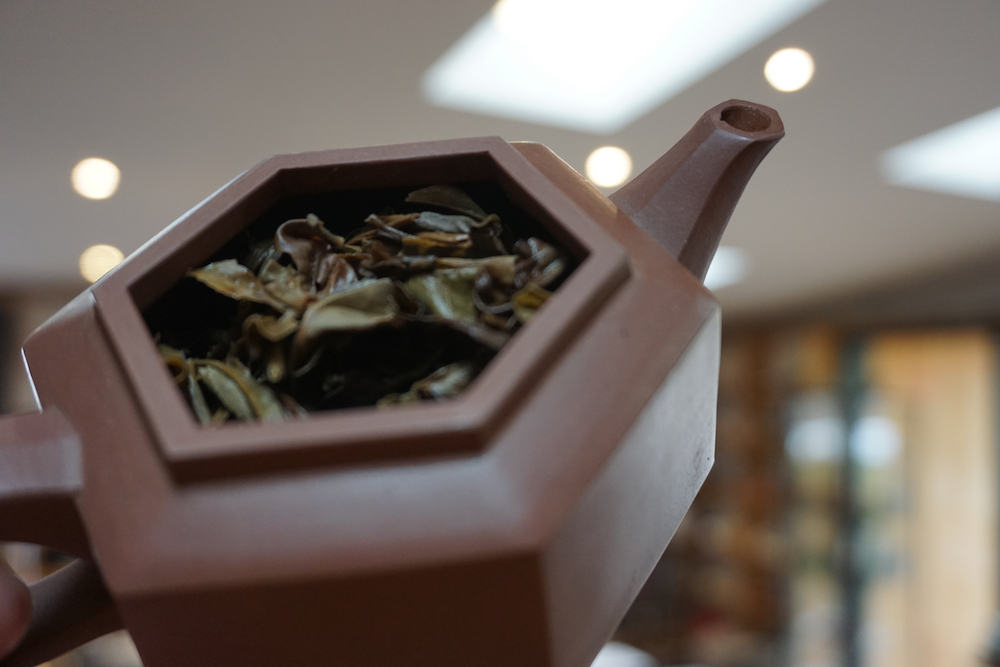 When you brew tea gong fu style, we are always recommending using a third to a fourth of the pot full of dry leaf. Is this amount really necessary? No, and I am going to give you some suggestions on how to alter this and still come up with some really rich brews. If you want to add less tea, this is fine. And there are some good reasons for using less tea. Maybe you are on a tight tea budget or maybe you just don’t want so much tea magic up in your system at the moment. So add less. Say you add a heaping teaspoon of tightly rolled Oolong. That will usually be around 5g of tea. This is a great amount for a single serving and you can still get two, maybe three steepings out of it. But the key here is that the brew times are longer. More like two minutes for the first infusion and three for the second. This is about one half the amount of tea I usually use. But how much I usually use also depends on the size of the pot. So this is another great reason to have a smaller pot, like a 90ml pot, on hand. Scaling the pot down means that you can use less tea to go for that satiating level of tea. But you don’t have another pot and you want to use less tea? Here is another trick. And for this trick, go back to the shorter steep times (between thirty seconds and a minute per infusion). After you add the tea and are adding water for your first drinking infusion, the one after the warming and preparing infusion, just fill the pot three quarters full with water. Steep for thirty seconds. Then you will have a more potent infusion without being over brewed. When you add water for the next infusion, just add to the level of the top of the expanded leaves. Now you are gong fu brewing with less leaf, but you should be getting similar results as if you were using more. One last reminder for brewing oolong gong fu style in a clay pot… be sure to remove the lid between each infusion.