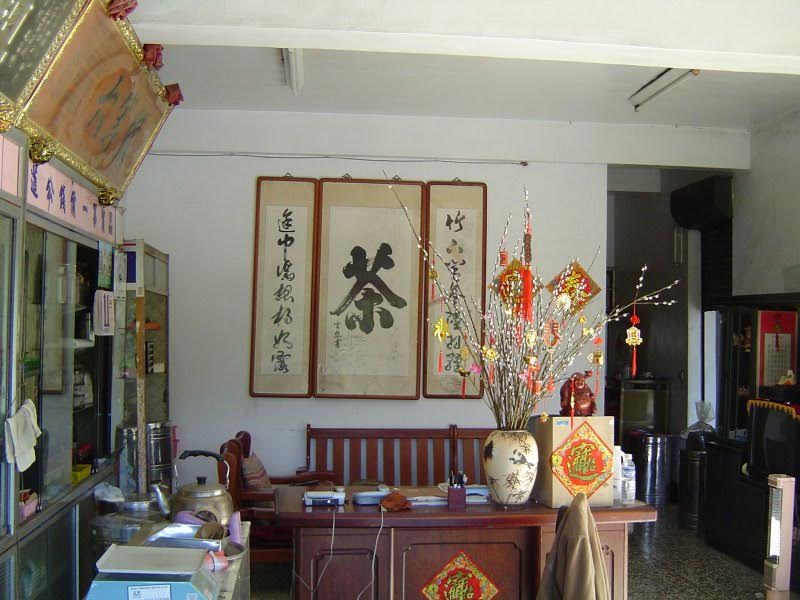 The first farmer I bought tea from didn’t trust me. I didn’t know anything. It was a win-win. My long-time friend, who was an old man, suggested it. He said, “You like tea and you have been learning about tea. Let’s drive to Lugu and buy some tea from a farmer that I have been buying from for several years.” My chance arrived. I was headed to the mountains to buy tea directly from a farmer and the best part: I had a guide who I could trust. When we arrived, the farmer, in his excitement, made us tea and he made it with about five times the amount of leaf one would normally use while making gong fu tea. His wife chided, “Why did you use so much tea? Are you trying to scare these people away?” He wasn’t, he was just a bit over excited.

He used a practical and efficient brew tray, nothing fancy. Humble, like the tea man who sat behind it. His ancient teapot had undoubtedly brewed thousands of pots of tea.

On that day, we tasted four teas, and then he pulled the last one out of the freezer. My friend, Lee, was impressed. He was waiting for this tea. He wanted to pick the very best one. He was only going to buy one tea. He bought the best one. He bought all of it. As I watched him lay down his approximately three thousand US dollars, he could see my surprise. As the tea was being packed up in vacuum seal bags we waited. “This tea is one of a kind. I will drink this tea all year. There will never be a tea like this again. Every time a guest comes to my home I will make this tea for them. They will be impressed and they will know that because I have good taste in tea, there is a level of credibility established.” This old friend is an acupuncture healer. His guests were also his clients. This was the kind of business expense that he could use to improve his business and add to his credibility.

I got some of the tea as well. It was really good. This was many years ago, and all of the tea is gone. I have never had a tea that was exactly the same. Nothing can conjure nostalgia like the taste of a tea so filled with memories. If I were to taste the tea today, memories of this day: sights, sounds, smells and things said would come rushing back to me as if I had stepped back in time.

I visited this tea farmer on a separate occasion, alone. Again, skeptically received. This is not the kind of person who is used to outsiders, like myself, making themselves so welcome. Uncertain, he again prepared tea. We tasted through several teas. The freezer was not opened. I didn’t have the good fortune of my liaison, our mutual friend, Master Lee. Years ago, I learned from Lee that this tea farmer, the first farmer I ever purchased from, has since passed on. I can only wonder at the ancient wisdom that accompanied him to his final resting place.